In a ruling on Tuesday, December 22, the New Hampshire Supreme Court handed down the greatest win for religious liberty in the state’s history.

In a masterful opinion written by Justice James Bassett, the Supreme Court held—for the first time—that the New Hampshire Constitution provides serious protections for religious liberty. The Christmas-week ruling, State v. Mack, greatly shores up religious liberty in the Granite State at a time when the free exercise of religion is under grave danger from many sides.

This case, State v. Mack, arose from the criminal trial of Jeremy Mack, who is a registered minister of the Oklevueha Native American Church. The Court’s ruling will help to protect the rights of Christians—and others with unpopular religious beliefs—in a wide range of cases. Yet, despite this great victory, it is important to remember that religious liberty is still in danger in New Hampshire.

The Mack decision is unlikely to help churches against COVID-19 emergency orders, for example: our state trial courts have held that constitutional rights are currently “suspended” by the Governor’s emergency powers.

Additionally, Granite Staters should be disturbed that our Attorney General—in arguing Mack—asked the Supreme Court to adopt a hard-line stance against religious liberty. And that’s to say nothing of the even greater threats to religious liberty now looming at the federal level.

We must not take the Christmas gift of Mack for granted. Instead, the church must see this victory as a jumping off point. We must urgently fight for still-greater protections for this fundamental, and endangered, constitutional right.

Despite the media’s focus, Mack is about religious liberty, not psilocybin.

The charges against Mack stemmed from his possession and use of psilocybin, a hallucinogen used by some American Indian groups, as part of private religious ceremonies.

Prosecutors have consistently admitted that Mack’s religious beliefs are sincere—not a pretext for taking drugs. In its opinion, the Supreme Court noted that Mack’s religious beliefs strictly prohibit him from taking psilocybin in public, around children, while driving, or while using firearms. In 2018, however, Mack was charged with violating state drug laws for possessing psilocybin.

In response, Mack cited New Hampshire’s religious liberty clause: Part I, Article 5 of the state constitution. This article promises that “Every individual has a natural and unalienable right to worship God according to the dictates of his own conscience… provided he doth not disturb the public peace or disturb others in their religious worship.” Because of the facts of Mack’s trial, media coverage of the Supreme Court decision has tended to focus on psilocybin. In fact, the issue before the Court had very little to do with Mack’s specific religious practices. The Supreme Court’s job was not to decide whether taking hallucinogens for religious purposes should be legal, but how courts should apply Part I, Article 5 of the state constitution.

In making this decision, the Court had to choose between broad legal theories of religious liberty. Thankfully, the Court chose to adopt a theory that honors the original intent of the Constitution and meaningfully protects the religious liberty of all Granite Staters.

There are two dueling theories of religious liberty in American law.

The traditional view of religious liberty, dating back to the Framers of the federal Constitution, is that free exercise rights are an enforceable legal right—just like the Free Speech Clause, the Fourth Amendment, and so on. James Madison, the leading architect of our federal Free Exercise Clause, expressed this view well: the right to the free exercise of religion, he said, is “held by the same tenure with all our other rights.”

An opposing view, however, is that religious liberty is a mere sentiment, with no legal power in the courts. This view was promoted by the most effective opponent of religious liberty in the history of American law: the late Justice Antonin Scalia.

In his 1990 opinion in Employment Division v. Smith, Scalia argued that the federal Free Exercise Clause is much weaker than other enumerated rights. Normally, if a statute violates someone’s constitutional rights, the courts will stop the government from applying the statute. But Scalia thought the Free Exercise Clause should have no power to render any otherwise-valid law unconstitutional. Instead, Americans must allow “the political process” to decide whether religious liberty should exist.

Scalia’s hostility to religious liberty may seem surprising, as he liked to attend Latin Mass. But he also had a very unusual view of Christianity. Scalia saw Christianity as a strictly internal religion which has no effect on most of human life. He once stated that the Bible should not influence how a Christian votes—“anymore than he ought to choose his toothpaste on that basis.” Scalia may have felt that, because Christianity only concerns one’s individual thoughts, there is no reason for Christians to have legal religious liberty.

Those more interested in the Bible than Justice Scalia was can see the problem with this claim. Christianity is not a mere feeling, but a worldview that governs every area of human life. As Paul wrote in Romans 11:36, “from Him and through Him and to Him are all things.”

In my academic work, I have argued that Scalia’s opinion in Smith was so flawed that it must be overturned. For example, Scalia did not even pretend to analyze the text of the Free Exercise Clause or the intent of the Framers in enacting it. Instead, he relied largely on his own personal intuitions about what kinds of rights seemed appropriate.

Since Smith was decided in 1990, the US Supreme Court has made great strides to restore religious liberty and limit Smith. Until Smith is formally overturned, however, the decision will continue to cast a dark shadow over all religious liberty cases. We therefore cannot rely on the federal Constitution alone to protect religious liberty.

And Smith is far from our only problem. With ardent enemies of religious liberty preparing to assume control of the federal government, and churches around the country restricted by COVID-19 orders, we need all the protections for religious liberty we can get.

Yet with religious liberty hanging dangerously in the balance, our Attorney General asked the Supreme Court to apply a Smith-like theory to our state constitution. This would have stripped Granite Staters of one of our last remaining avenues for protecting religious liberty—a betrayal of the many Christians and other people of faith who voted for Governor Sununu’s administration. 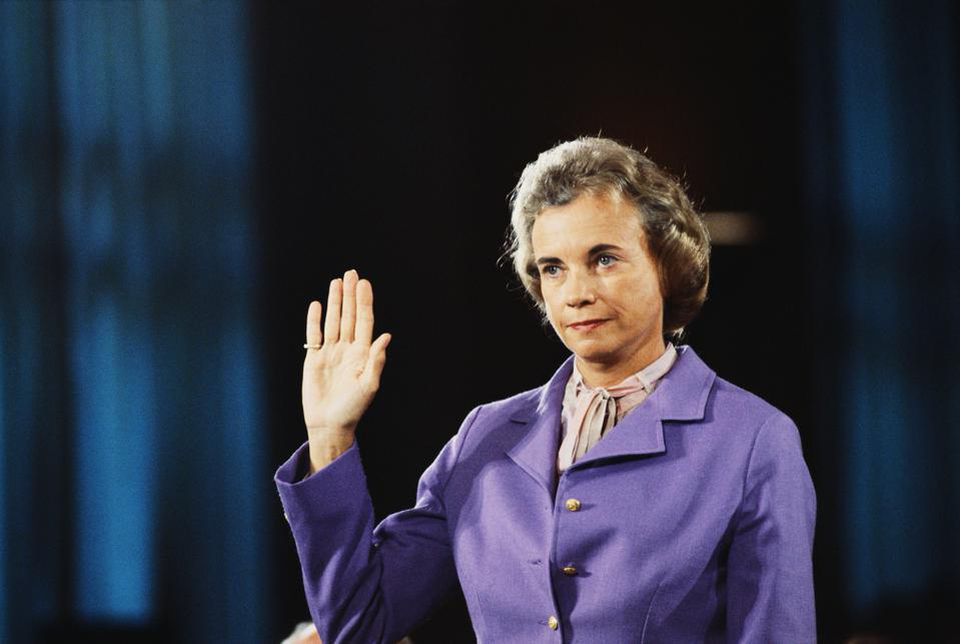 Fortunately, the New Hampshire Supreme Court rejected the reasoning of Smith. In Mack, the Court decided to look to the jurisprudence of Justice Sandra Day O’Connor—a staunch advocate of religious liberty and critic of Smith.

Writing for the Court, Justice Bassett quoted an opinion in which O’Connor excoriated Scalia’s claims that religious liberty should be decided by “the political process.” “The very purpose of a Bill of Rights,” O’Connor wrote, “was to withdraw certain subjects from the vicissitudes of political controversy, to place them beyond the reach of majorities and officials.” In her view, rights such as religious liberty “may not be submitted to vote; they depend on the outcome of no election.”

Justice Bassett noted that New Hampshire’s own cases agree with this statement. He quoted a 1983 decision in which the state Supreme Court aptly observed that, in the United States, “We do not have unqualified majority rule; we have majority rule with protection for minority and individual rights. Without this limitation we would have a tyranny of the majority and we would lose our liberty.”

Accordingly, Bassett concluded that Smith should not be applied to the state constitution. Because the Attorney General admitted that Mack’s religious practices are sincere, the trial court must now decide whether Mack’s criminal conviction is “narrowly tailored” to “achieve a compelling government interest.”

Whether or not Jeremy Mack’s specific conviction is sustained is beside the point. The religious liberty of all Granite Staters is now on stronger footing.

There are still great challenges to religious liberty in New Hampshire.

Prior to the Mack decision, one of Cornerstone’s key legislative initiatives for the current session had been to strengthen religious liberty through state statutes. We have supported a bill introduced by state Rep. Jim Kofalt—the “New Hampshire Religious Liberty Act”—that would have required that any government action which burdens religious exercise be “the least restrictive means of furthering [a] compelling governmental interest.” With its Mack ruling, the state Supreme Court has held that this protection is already provided by the state Constitution. Rep. Jim Kofalt has been fighting for greater religious liberty protections in the state legislature.

There is a pattern here. In cases like Binford and Mack, our state’s executive branch has urged courts to interpret fundamental rights in the most threadbare way imaginable. It has done this even where, as in Binford, it could have easily won the case under a more modest argument. At best, our state government seems to have no interest in protecting the rights of Granite Staters from future administrations.

Mack should be both an encouragement and a reminder. While the church in New Hampshire is thankfully on much stronger footing today than it was before Christmas, we cannot simply rely on secular Republican politicians to protect religious liberty.

Instead, the church must proactively speak out in the political and legal arenas. Christians can no longer afford to indulge in the passive quietism that has characterized 21st century Western Christendom. The church must once again zealously safeguard its autonomy, just as it has done for most of church history.