The apparent leak by someone working at the Supreme Court of a months-old February draft opinion that would overturn Roe v. Wade has opened the floodgates of histrionic reaction—for an excellent commentary go here.

Governor Sununu has always openly favored abortion. Yet, in the wake of what NH Majority Leader Jason Osborne has aptly called the “outrage du jour,” the Governor seems ready to go even further. This week, Sununu suggested he would support limiting free speech in the name of protecting abortion.

According to a Boston news outlet on Tuesday, Sununu “said he would not support a move by some lawmakers to ban buffer zones which keep protestors at certain distances from abortion clinics.”

That is a reference to HB 1625, a bill that would repeal New Hampshire’s unconstitutional “buffer zone” law. The buffer zone law allows abortion clinics to ban people from engaging in speech on public way or sidewalks near an abortion facility—including silent prayer.

This law is a clear throttle on free speech in the Live Free or Die state and would be struck down if ever challenged—which is why it’s never actually been enforced. By never using the law, abortion clinics have underhandedly kept it on the books, allowing them to dangle the threat of punishment over peaceful protestors and sidewalk counselors.

Currently, HB 1625 is headed for a full vote in the Senate after successfully coming out of the Senate Judiciary Committee with an “ought to pass” recommendation. This common sense, moderate bill should become law. HB 1625 is not “banning” anything, despite what Boston media have ridiculously claimed: it is repealing an unconstitutional infringement on free speech.

Sununu pledged in writing to repeal the buffer zone law in a 2016 letter he wrote just before being elected to his first term as governor. The buffer zone repeal was one of five key promises he made to pro-life voters to win their support. As he said, “By voting for me the voters can undo the liberal left-wing agenda that Democrats have imposed on New Hampshire over the past twenty years.”

If, as is likely, HB 1625 does come to the Governor for signature, his veto would be clear proof this was a lie to win votes. If Governor Sununu can’t stand behind a repeal of an unconstitutional law, what can we truly trust him to do? 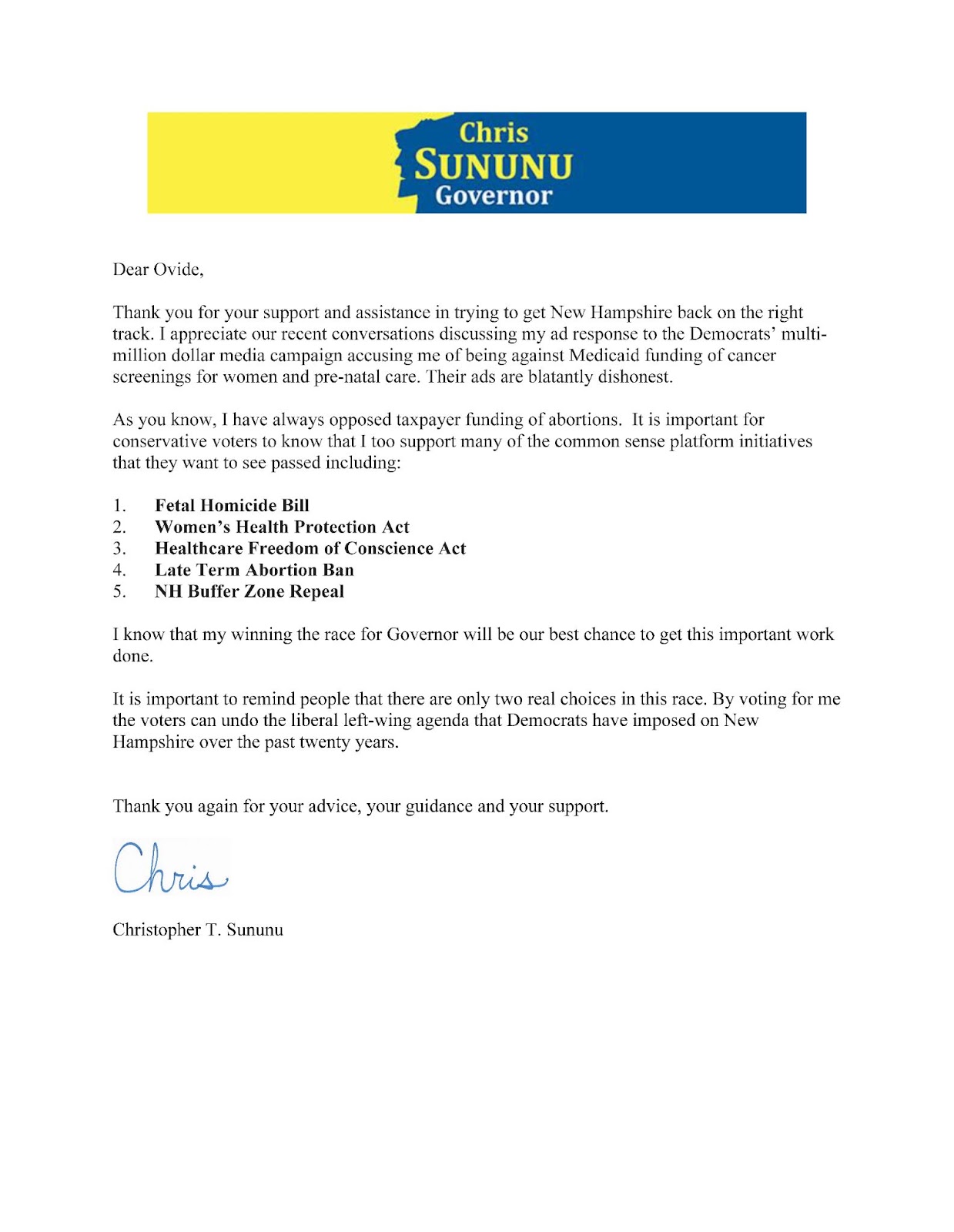